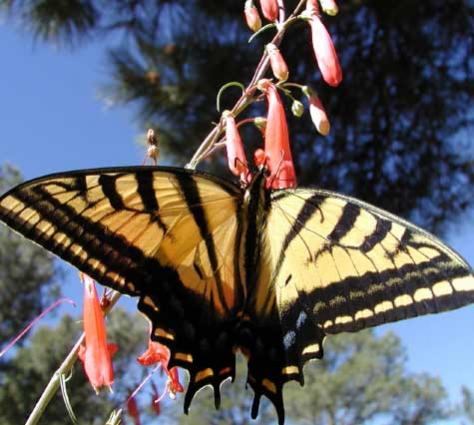 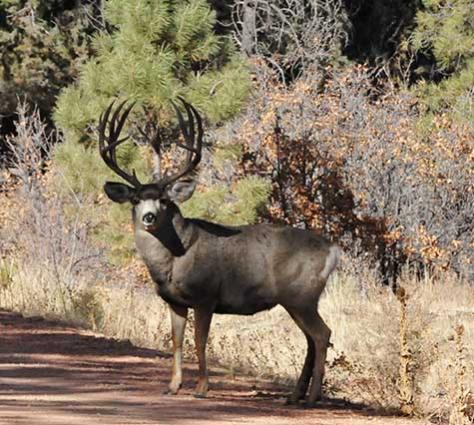 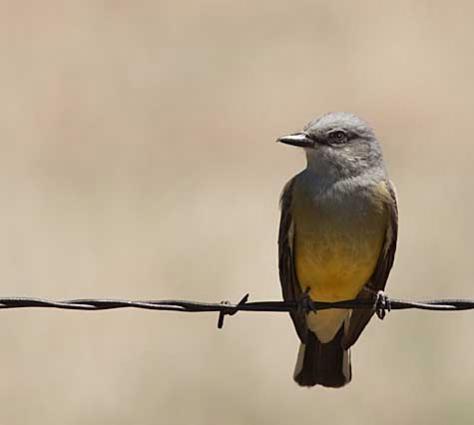 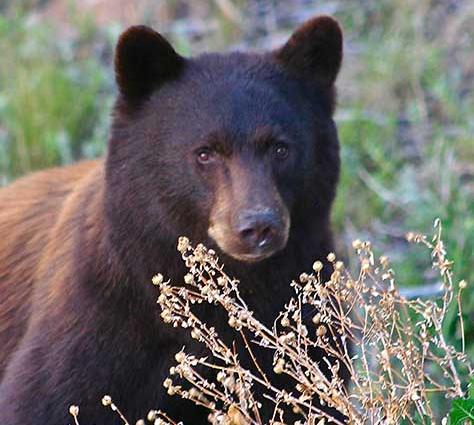 Being able to view and live among the wildlife at Santa Fe Trail Ranch is a life-enhancing experience.

Quite often, when people decide to buy property and move onto the Santa Fe Trail Ranch (SFTR), their only previous experience with wildlife is seeing replicas of deer and bunny yard ornaments decorating some neighborhood lawns where they used to live. Living on the SFTR can be a transformative experience. The deer and bunnies here are live action yard ornaments that will visit your yard nearly every day.

Besides the mule deer, there are elk and they are nearly as common. Much of the SFTR is on migration trails for the elk. In spring and fall, it’s very common to see small groups of elk if you are driving the canyon roads near sunset or early in the morning. Seeing these majestic ungulates up close can take your breath away. One day, I saw a group of elk “bachelors” in front of my house, eight or nine of them, leisurely strolling by. Seeing those huge racks of antlers on those huge animals up close is spell binding. I was borderline overwhelmed when along came the alpha elk with a rack so immense, it spanned the entire length of his back. Living on the SFTR you don’t even need to leave your house to have a wildlife experience.

But sometimes, leaving your house will set you up for one. One of the most common mammals on the ranch is the black bear. They can be entertaining or annoying, depending on whether or not you’ve got something enticingly, fragrantly edible that has lured them to your house. When it comes to food, bears feel free to invite themselves to your place for a meal.

My first experience with a bear was in the first week after I moved into my house on the SFTR. I fixed pancakes for breakfast, left what I didn’t eat to cool on the sink counter, and left to do a quick errand. When I returned ten minutes later, there was a bear in my living room staring back at me as I stood on the porch about to enter. This was the reverse of how you want your first experience with a bear to be. Ideally, the human is the one on the inside of the house observing the bear on the outside.

Propping open the front door and moving out of sight for ten minutes gave the bear the chance to leave peaceably. But it took me the next six hours to clean up the mess. Rule #1, never leave your windows open in bear country when you leave pancakes on the counter to cool. Bears can smell your cooking from miles away.

Practically every single house on the SFTR has at least one resident grey fox. These creatures are gentle and aren’t prone to causing mischief as bears are wont to do. The worst thing they will do is to let you know they are there by leaving their “calling card" in a neat little pile on your front door step.

It’s not an unusual sight to see a fox curled up asleep in the evening on your front walkway in the snow with her big bushy tail snuggled around her head. She’s more than happy to share her territory with you.

While foxes may resemble cats in many ways, they are actually in the canine family. My cat would chase the fox when she came by, never understanding they weren’t cats intruding on his territory. But the ranch does have real cats that any domestic cat would do well to avoid.

Bobcats and cougars are feline neighbors that pretty much keep to themselves. These cats most often are seen only in passing. You may catch a fleeting glimpse as you’re driving the ranch roads or happen to be looking out the window of your house. Pets, however, can sometimes send out a signal for one of these cats to pay a visit, and not a welcome one.

A few ranch residents have lost cherished small dogs that were outside in their yards to mountain lions and bobcats. I have chickens, and twice in twelve years, a bobcat managed to kill a chicken of mine. A friend who also kept chickens watched a bobcat swoop in and nab a chicken standing right at her feet. I always say, if you have a meat market, they will come.

They don’t call them “wildlife” for nothing. While these animals are entertaining and it’s satisfying having such an abundance of them so close by, they aren’t tame. It’s not TV. They’re real and command respect.

Not all of the SFTR wildlife are “Nature, red in tooth and claw” (Tennyson, 1850). While practically every house on the ranch has their own resident fox, every house also has their own resident flycatcher. Most of our wild birds are migratory, seasonal residents, the same ones returning year after year to spend the summer with us. A Cordillaran flycatcher has returned to my house each June to lay four perfect tiny white eggs and raise her brood. Mine nests in a plastic frozen food tray I tacked onto the side of the house under the eaves in back, after her regular nest on the back of the chicken coop was blown away too many times. A friend a few miles away has a flycatcher nest behind their satellite dish on the side of their house. You may never see your flycatcher, but your will hear the mated pair whistling like someone trying to catch your attention.

Everyone loves hummingbirds, and they are also a fixture at practically every house from April to September. The ranch is on the migration path for these tiny birds, and if you hang a feeder with sweet nectar, you will have a party all day long from first light to near dark. Watching them is better than TV and lots cheaper.

In fall, you can hear honking and squawking far above your house as Canada geese and sandhill cranes fly overhead on their long journey south to spend winter in Mexico. Pause at the sound, look up, and you’ll see huge flocks in ever changing formations in graceful waves that ought to be set to music.

One of the migratory birds that consent to spend brief periods on the SFTR are red flickers, a species of woodpecker. They are almost always on the move, and you will catch a flash of red-orange as they fly from tree to tree industriously mining insects from pine tree bark. During one spring blizzard, I looked out of my window and saw an amazing sight. Every single ponderosa that I could see had at least half a dozen flickers clinging to the south side of the trees like so many totem poles, seeking shelter from the sudden storm. There must have been a hundred of them.

The SFTR is a birder’s paradise, and bird watching is a popular activity whether or not you are an amateur like I am or really know your stuff and can name the species by its call alone. But the ranch wild turkeys are one species of wild bird everyone can get behind and they are year round residents. You can sit on your deck or watch out your window and be entertained by the toms gliding by, often three together, shoulder to shoulder, tail feathers fanned out in full display in case any hens are around to be impressed. In winter, I’ve often been surprised by a small contingent of turkeys following close behind me while shoveling my driveway. They busily peck up small bits of gravel for their gizzards previously buried under the snow. Pretty smart to let the human do the work for them. In summer, you’ll see the turkeys following the cows, attracted to the insects inhabiting the cow pies.

Speaking of cows, while they aren’t officially wildlife, they are a ubiquitous presence on the ranch from June until late October. They lend a sort of bucolic ambience to the place. The SFTR POA contracts with a local cattle rancher to graze cattle, helping to keep our property taxes reasonable, and in a good year, I don’t need to mow the grass at all. Can’t beat that for a splendid arrangement.

Those are but a very few of the wild neighbors we are graced with on SFTR. Once you move in, there seems to be so much to see, often just from your window, there isn’t much need to leave home for a wildlife experience. 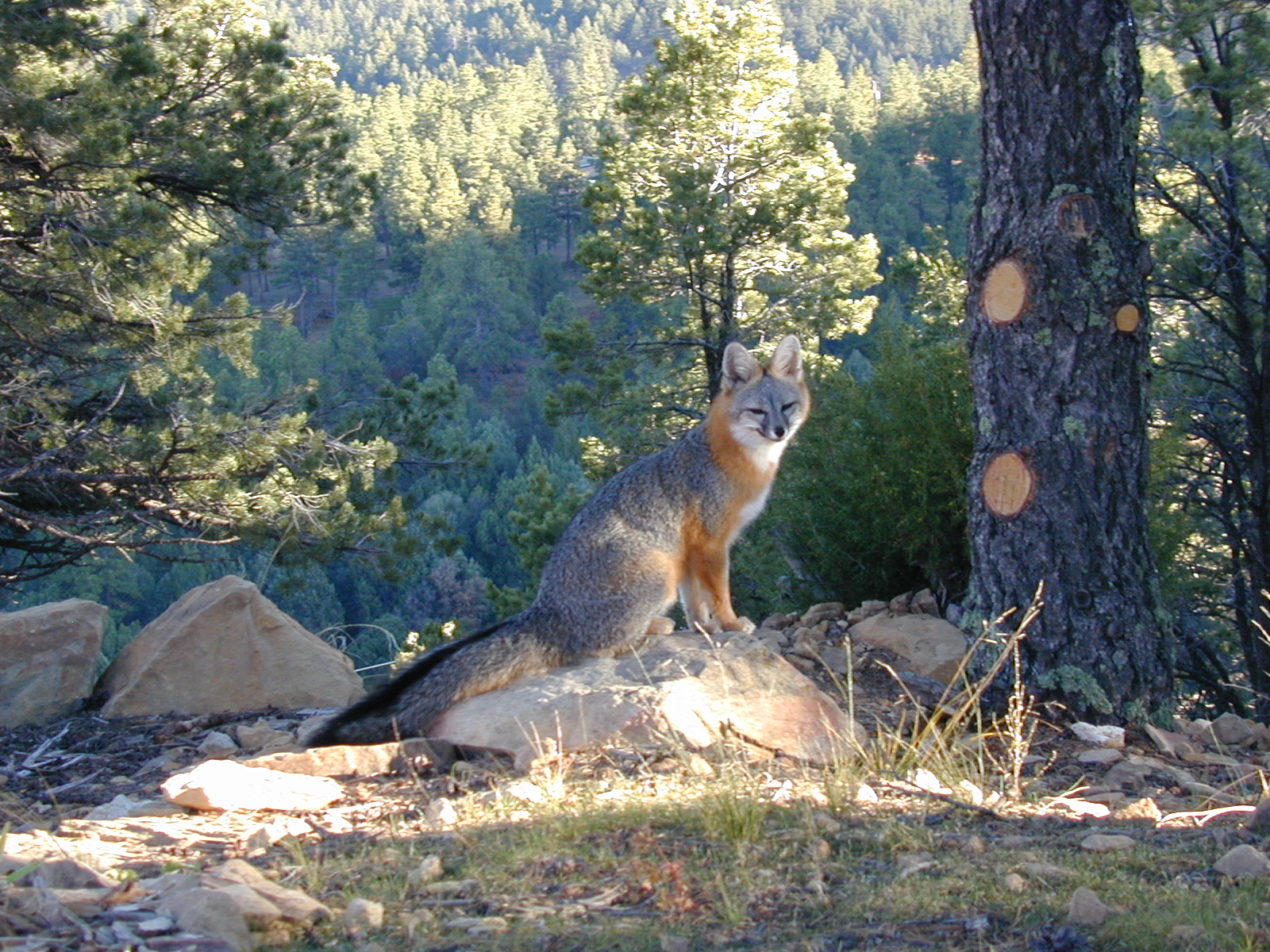 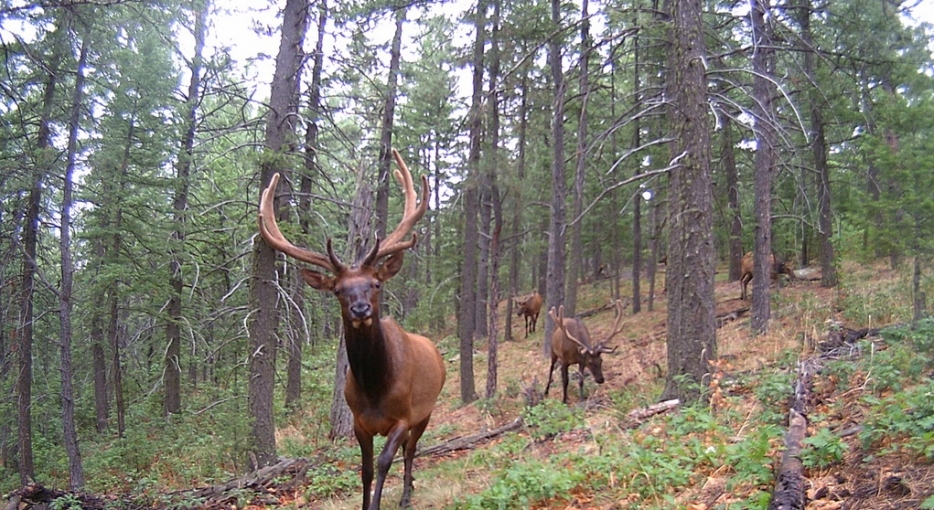 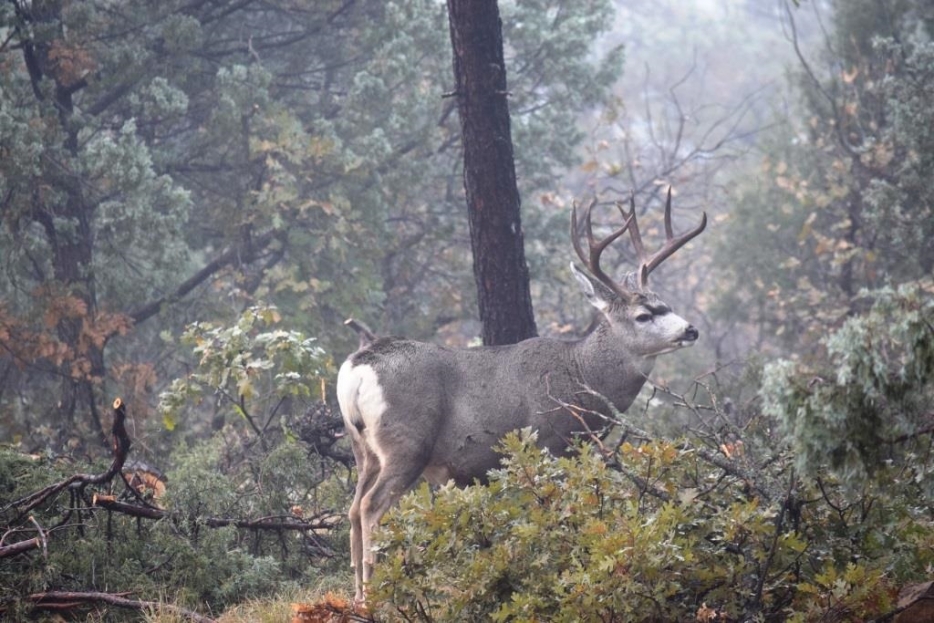 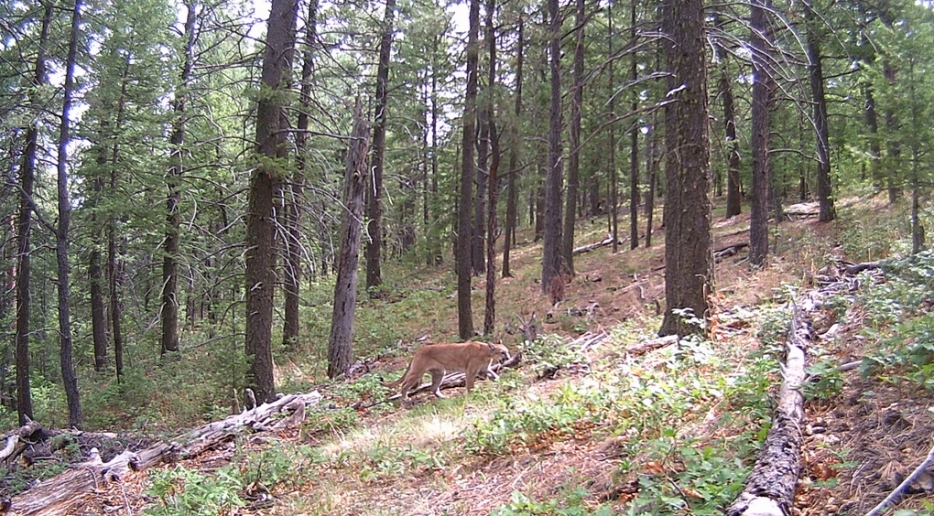 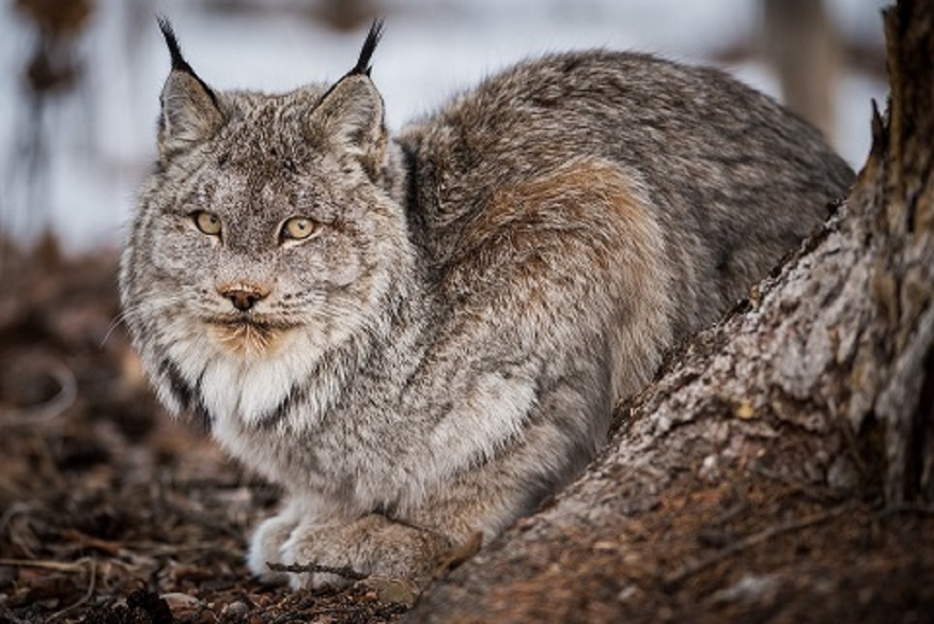 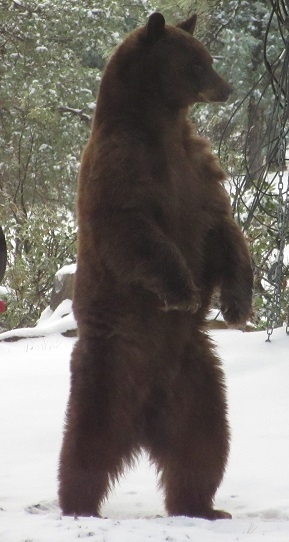 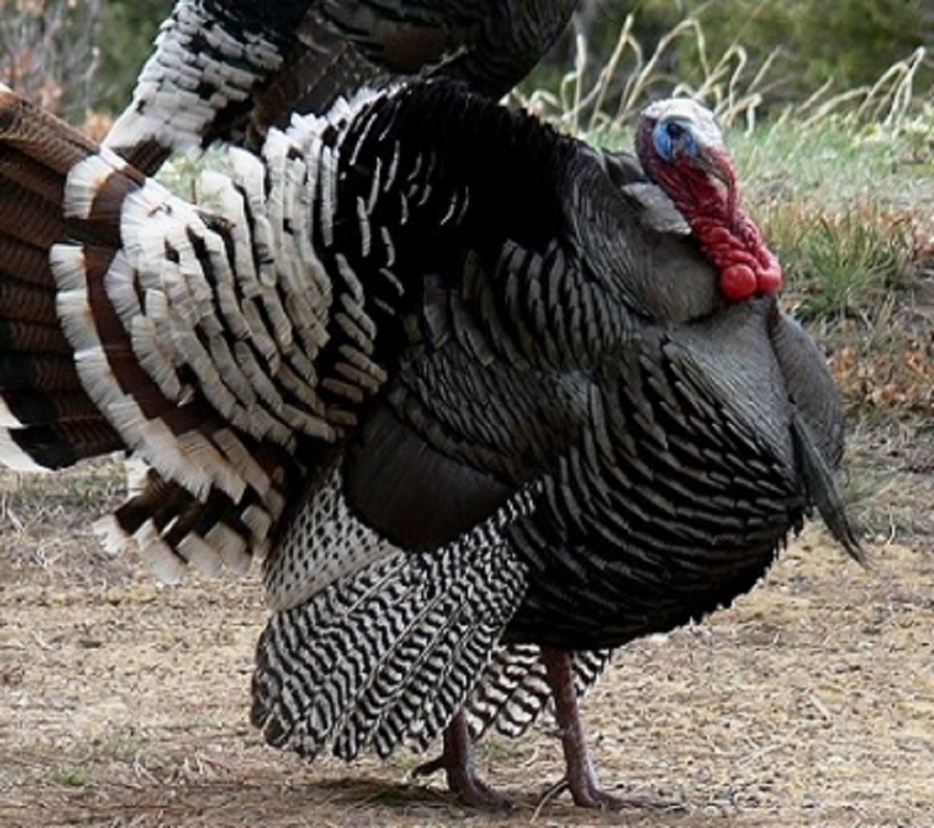